Valley Kayaks on the Way

Our next shipment from Valley is on the way, with stock of the reconfigured Nordkapp Forti among the range. Here's what Valley had to say about the boat: 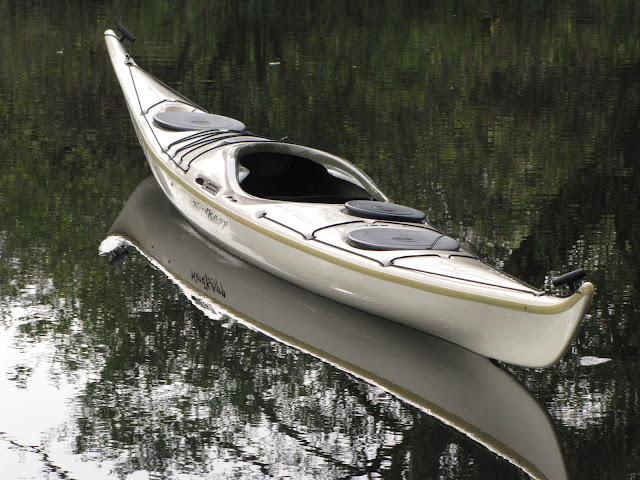 "2015 is the 40th launch anniversary of undoubtedly the most influential sea kayak ever produced, the Nordkapp! Designed specifically for a 500 mile sea kayak expedition up the Norwegian coast, to the northern most point of Scandinavia, the Nordkapp marked the beginning of sea kayaks being designed specifically for extended recreational sea kayak trips.
Whilst, in these intervening years, the Nordkapp cemented its reputation as the benchmark “Expedition” sea-kayak, there were still some who believed it had, had its day. For the kayak’s 25th anniversary it went through a major face lift, in part this was to make it more user friendly, as it had gained a reputation for being unstable, especially with lighter paddlers or those paddling predominantly unladen. This Nordkapp Jubilee, as it was called, again proved very popular but some traditionalists felt that it had lost some of the originals soul. The release of the LV, some years later, gave back the liveliness those traditionalists felt they were missing but there were still those who missed something intangible, about the original.
In these past few years, whilst archiving some of Valley’s history and recording the evolution of its range, we were able to systematically look at the chronological development of the Nordkapp model. What came to light was quite revealing and has ultimately led us to produce this new 40th anniversary version!"

As well as the Forti, there is a mystery design which will hit the water here in Sydney before anywhere else in the world, stay tuned for info on that nice surprise.

We've also included the North Shore Atlantic LV, to cater for the smaller-paddler market in a plastic boat. These are now made the same way as Valley's ultra stiff triple layered RM boats, a great quality plastic boat at a great price.

Our Valley info page has also been updated with all of the new ranges, check it out in the left frame of our website (www.expeditionkayaks.com) 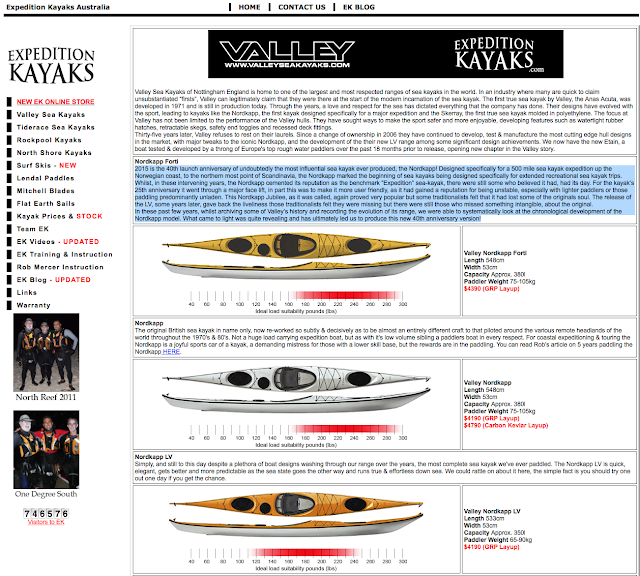 Kayak Prices & Stock page has details of all the boat layups & colours on the way (due September 30). 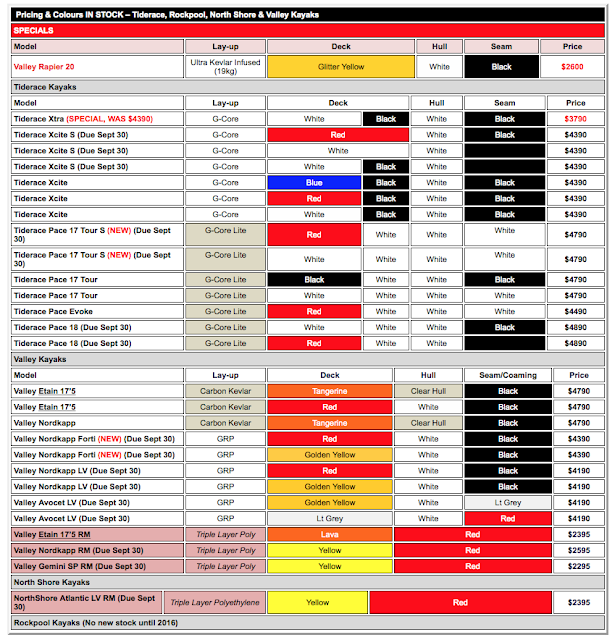 Despite a drastic drop in the AUD/GBP rates, we've managed to hold pricing on all composite boats at the same levels as they have been for years, and can confidently say that Australia is now the cheapest place in the world to buy a Valley boat.
at August 05, 2015 No comments: