Our North Reef Expedition is just a fortnight or so away, and we've added a new blog site to record the lead up & progress of the trip.

The blog can be seen HERE. If you're really bored & want to see my training regime for the last four months, then wait until you need a good reason to get sleepy & troll back through - it's really been kept updated for me as a motivator, recording some of the training in my own buildup to the trip.
The interesting stuff will begin from next week!
The offer is open to anyone out there with info on the area to give us a shout, all advice & tips are welcome.
at June 30, 2011 No comments: Links to this post 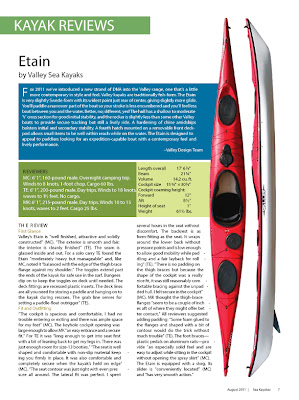 SeaKayaker Mag in the US have done their own review of the new Valley Etain. We have called it the Roswell boat becuase they were virtually all gone before they landed in the last shipment, and the paddler response from thos e who bought the first batch is very positive.
Click HERE or the image above to read the review.
We have one Carbon Kevlar boat in stock & another dozen landing in early September.
at June 29, 2011 No comments: Links to this post 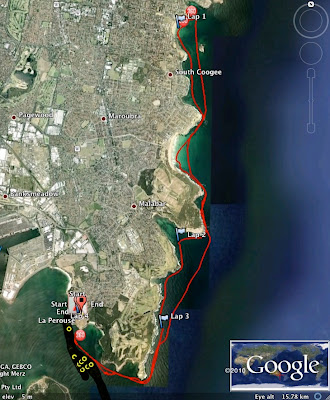 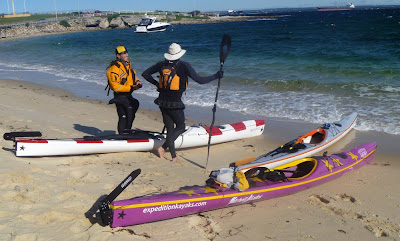 Check out the final 5km, just under an hour of serious slog into a wind which had come up to a steady 25-30 knots, with more than 15km of fetch to throw up nasty little head seas.
Wind strengths get thrown around kayakers blogs, tall stories in the bar & into folklore, but it's important that we all remember just how serious a wind above 25 knots can be. Local observation stations are usually a poor indicator of wind strength for a kayaker - part of the reason they get exaggerated so badly in paddling stories. A wind recorded 60m up on North Head is not going to be anywhere near as strong at water level for a kayaker, so we can be lulled into thinking an observation reading is really what we were out in, when it's rarely the case. The airport station at Sydney is however a good reliable source as it's down at ground level. Yesterday during our paddle it registered between 19 & 30 knots, with the highest readings pretty much coinciding with our rounding of Cape Banks for the trip back into the wind. The best laid plans. I personally find making headway once things hit 30 knots very physically & mentally taxing, & beyond a very short period of time, nearly impossible.
I'm pleased to report that aside from the dastardly end to the trip, we managed a very sustainable 8.4kmh despite the unhelpful conditions. I also spotted an early season Humpback off the coast of St Micks Golf Course. It was a good start as a team to our expedition planning.
at June 23, 2011 No comments: Links to this post

The iconic image of a lone lighthouse on a tropical island, some 110km off the Queensland Coast, makes a tempting target for a sea paddler. Unprotected by the reef, and subject to shifting & largely unpredictable currents which give birth to East Australian Current, the area is a renowned rough water seaway best avoided when things aren't all lined up in the mariners' favour.
Throw into the mix a fairly set single passage taking advantage of prevailing, but generally very strong trade winds, three separate crossings in open, demanding water exceeding 70km, and a series of island reefs to safely negotiate in the face of breaking ocean swell, a total distance pushing towards 400km, and all the ingredients are there for a brilliant & demanding short term expedition.
Standing high on the shoulders of Gary Forrest, Paul Wilton & Eddie Safarik who last year safely negotiated the route from Fraser Island to Heron Island, Chris James, Rob Mercer & I will shove off the northern shore of Fraser Island next month attempting to push a couple of islands further up the Bunker chain, with the aim of reaching the distant North Reef Lighthouse. As far as we're aware, neither North Reef or it's close neighbour North West Island have ever been reached by kayakers before.

Heron Island
We'll all be paddling Rockpool Tarans, a boat used to great effect recently by Jeff Allen & Harry Whelan to smash the record for an Around Ireland circumnavigation. We aim to follow a line from Rooneys Point on Fraser Island, 88km out to Lady Elliot Island, then a further 45km to Lady Musgrave, followed by 70km across the no-landing marine islands in the chain to Heron, then on to North Reef, North West Island & hopefully back to the mainland via a 78km crossing to Great Keppel. 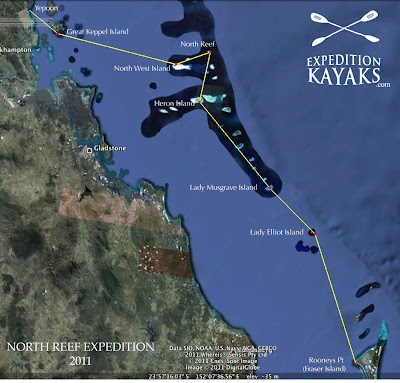 Our support so far from the good people at Queensland National Parks has been brilliant, as has the welcome promised by Peter Gash & his team on Lady Elliot Island & John Johanson & the staff on Heron Island.
I'll be posting updates over the coming month on various aspects of the trip, including the training we've all undertaken & various destination islands. The expedition will be blogged in real time with updates live via a Spot Messenger & sat phone feeds, so everyone will be able to follow our progress.
Any information on these islands & waterways would be very much appreciated, please contact us if you have anything to offer!
at June 21, 2011 1 comment: Links to this post 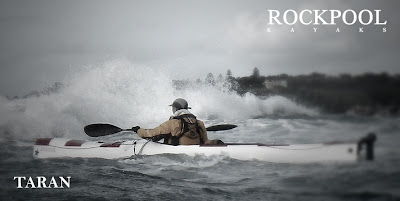 The Rockpool Taran has certainly caused a stir. Our stock doesn't arrive until early September, yet from 8 boats on order only 2 remain available.
While we don't usually announce stock landing until right before it gets here, in this case there have been so many people interested we thought it fair to let everyone know that they should probably get in now if they want a Taran for the upcoming season.
Our next UK shipment probably won't be here until December if you miss out. The colours we have remaining in in stock from the September shipment are below: 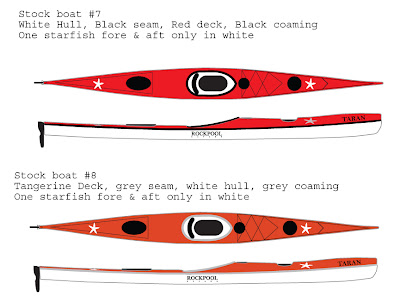 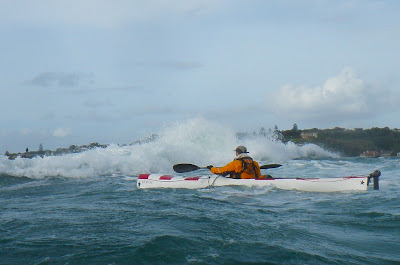 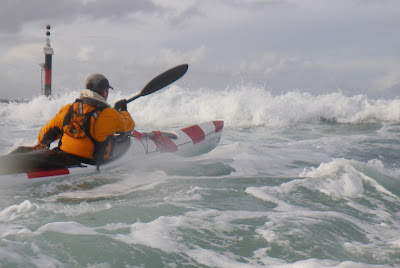 Rob being lined up by a rolling Piggie wall
at June 03, 2011 No comments: Links to this post