Just back from a nice break with the family on the stunning Erakor Island in Vanuatu. One of my aims over 12 days spent building sandcastles & chasing hermit crabs with my daughters was to take on the significant challenge of rounding the island - a feat not before successfully acheived by an Australian sea kayaker. My vehicle of choice was the sturdy Ocean kayak sit on top (below) - a well rockered 13ft demon of a machine with few redeeming qualities, barring limpet-like stability. 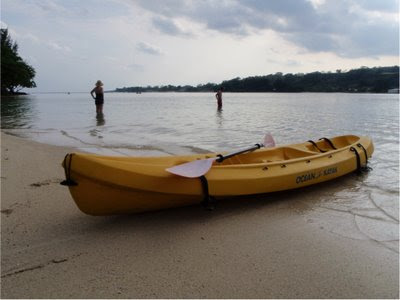 I had three attempt to do the circumnavigation, paddling out past local fishermen on their bark canoes inside the lagoon. 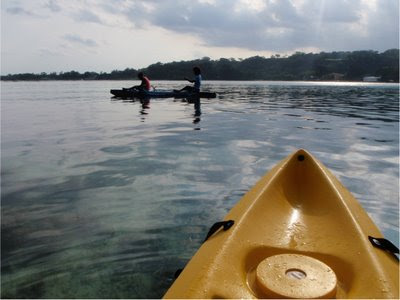 Each attempt was thwarted by a particularly irresistable reef break sitting 40m off the eastern edge of the island, which just had to be given a go. 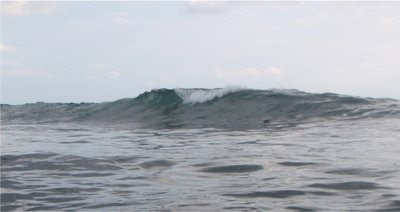 So, after riding the break for an hour at a time on each of my first three attempts, I had to forego the odyssey & hopefully return another day to tick this milestone of a paddlers career.For those of you hoping to train for such a feat, the stats are below:
Erakor Island, Vanuatu
Circumnavigation distance - 1.8km
Dangers - Relaxation induced apathy, dodgy sit on tops, paddles with one blade on backwards, sunburn.
First acheived - 704AD by Midou Tiki in timber, coconut hulled Valley Native Canoe (VNC)