So what to make of a surfski that's 4.3m long, and 60cm wide, with a surf rudder the equal of those found on the big guns like the V12?

However, after watching my mate Boyan surf his millionth Levante-powered 15kmh wave at his surfski centre in Tarifa on YouTube, realising belatedly that most of that incredible footage is taken off a V5, we decided it was time to explore this sawn-off Epic.

Our demo arrived last week, a performance layup, 16kg with handles & a nicely proportioned rear hatch for your tent or lightweight camping gear, and very reasonably priced at just $3600. 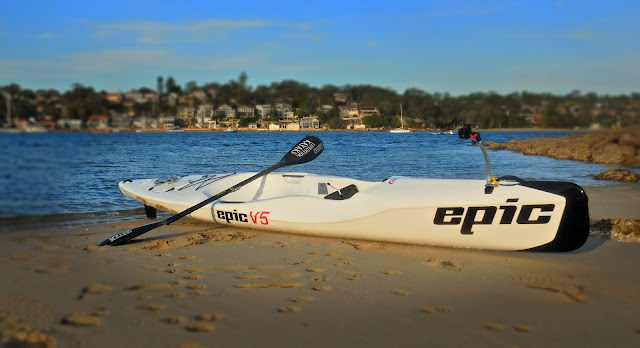 We have a long history surfing boats around this length, think of kayaks like the Valley Gemini & Sirona, Tiderace Xtra & Vortex, and understand just how nimble & manoeuvrable those designs are in bigger breaking waves. But, to get out and enjoy the surf in them you do need a fairly developed set of skills, a good understanding of how to use your edges and a very strong brace. A reliable roll is also an asset. Given that skill set, the new wave of play sea kayaks are the bomb; you can do things on a wave that would scarcely have been believable before they were conceived.

But, and like the V5 it's a big but... what if you don't have those skills & don't feel inclined to get 'em? Just how accessible is that YouTube surfing experience if you can't roll, or use your edges, and frankly find the idea of a capsize in the surf & a re-entry into a flooded cockpit about as palatable as sticking a fork in your eye? How about if you could head out to your favourite bar break or spilling wave safe in the knowledge that your surfing experience wouldn't be greatly diminished in comparison to the 'play sea kayaks', and if you got crunched & ended up swimming the craft onto which you're going to re-embark is hugely stable & easy to remount?

Chuck in a generous back hatch for gear, which despite a few trashing yesterday remained tightly sealed, and a seating an paddling position that entirely belies the stubby nature of the ski. It would have been easy to forget that I was in a ski with these generous proportions yesterday if it hadn't been for my paddling mates shaking their heads at the sight of me in something so short, with a big EPIC sticker on the bow. 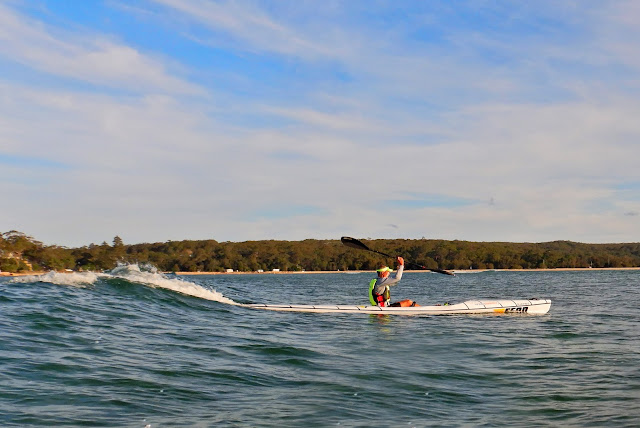 As luck would have it, yesterdays debut on the water coincided with the back end of a southerly swell episode, and our favourite bar break was providing the sort of amusement park rides for which it's famous. Five of us agreed to meet at the mid afternoon low tide, and go for a surf. Everyone else was in a longer ski (in fact when you think about it, it's hard to imagine a shorter one...), and on the steep sets had to sit out on the wave shoulder or risk being either pearled or broached in the breaking sections. I had no such worries in my little V5 however, and proceeded to charge down the steepest bits I could find, to see if the ski could really surf like a kayak. Whilst the 60cm beam does get in the way of really sharp edge control, the dirty great rudder more than makes up for that, and I just carved around and had a ball. We got broached, barrelled, the spray flew and in amongst it all were the ninety second rides that we love about this place. A great arvo out for a bunch of paddling mates.

Paddling home after the session I ticked at 9kmh on the flat water of Gunamatta Bay, not too shabby at all and proof that looks and old rules about length, beam and therefore speed are very quickly being eroded by clever designers.

So, is it a surfing ski? I'm not 100% sure the designers figured that would be it's primary use when they sketched it, but it's pretty damn good at it regardless. It would be a great little overnight getaway craft to chuck your tent & sleeping bag into & head off for a night on a river. It's just got enough speed to paddle & get your heart rate up without pushing a huge wall of water in front of the bow, so a cruisy craft for gentle fitness paddling. It's light, and it's about the same length as a lot of SUP's so really easy to handle & store in the garage.

There is a video of me paddling it yesterday above, no stats on speed or heart rates or V02 Max, just plenty of smiles from all of us. This is genuinely a mighty little ski to enjoy with your mates.
at May 16, 2018 1 comment: 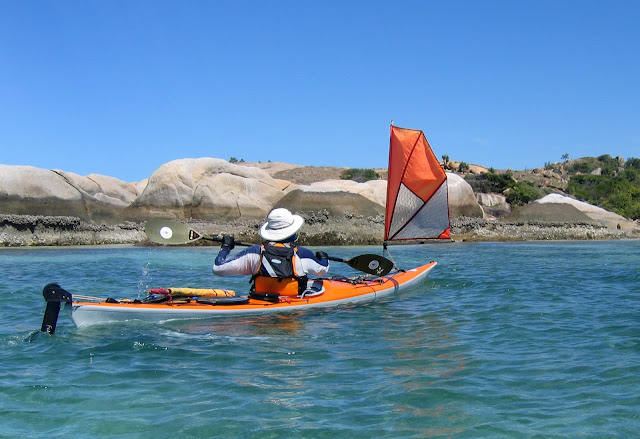 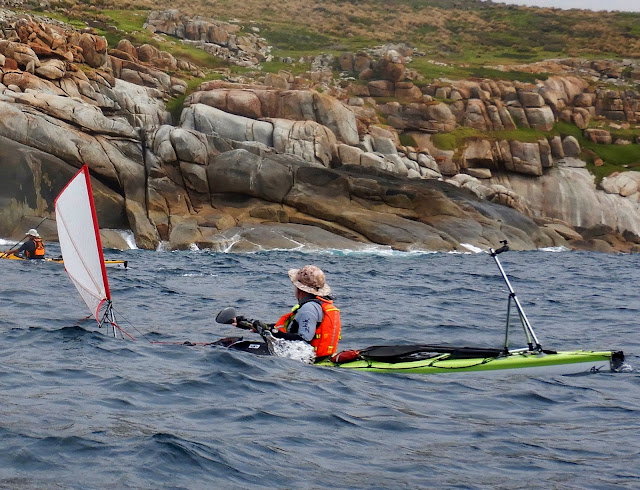 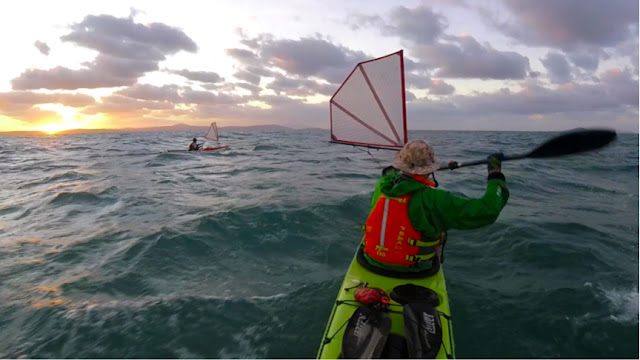 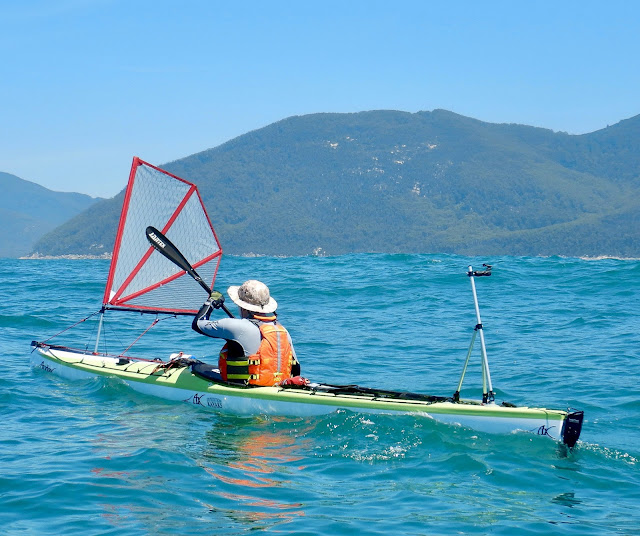