It's been blowing hard from the frigid south here in Sydney since Sunday, and a nice swell has built over the days, fat & fast, our typical long period southerly pattern.
Sean got in touch yesterday for a test paddle in the V10S, after finding his elite ski a handful in rough water, & was keen to find out what the Sport did in big confused conditions. What better way to find out how a boat handles this stuff than to get out amongst it, so on a bleak, windy & bloody cold morning we met down to La Perouse to take the V10S out for a spin.
We paddled east into some lovely big rollers that looked way too fast to catch, with a SSW wind blowing a sea onto our beams. Pretty gnarly, confused & horrible really…!
Things seemed to tidy up as we turned & headed back, and I managed a couple of nice runners, if you don't mind copping a few thumps as you speed along.

We have shipments arriving soon from Valley, Rockpool, Zegul & Tiderace & have to make some room.
While we're not known for having mad sales, we have just listed a few offerings on our site for kayaks that might interest a few paddlers in the mid winter blues.

We also have a couple of 2011 model rotomoulded Valley Aquanaut HV's on the clearance table, while they're there they are $1995, down from their standard $2695. The Aquanaut HV is the big blokes boat of choice, a playful rough water specialist hull with plenty of room for paddlers in the 90-120kg range. We reckon we could get you into an Aquanaut HV kitted out with a full carbon paddle, PFD, spraydeck & paddle float for under $2500, so ask about a starters deal!

Give either of Rob or Mark a shout to lay claim to one of these rare bargains.
at July 24, 2012 No comments: 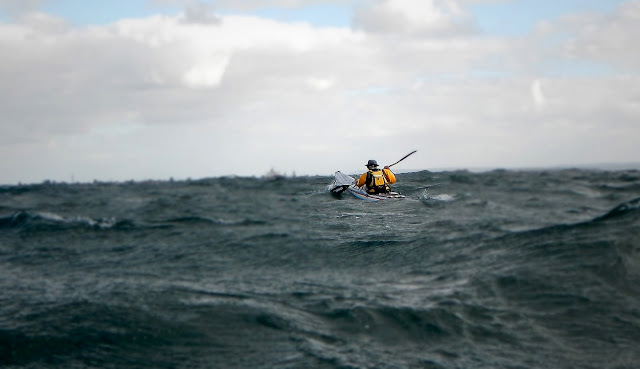 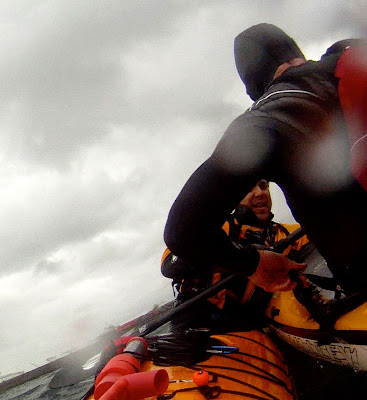 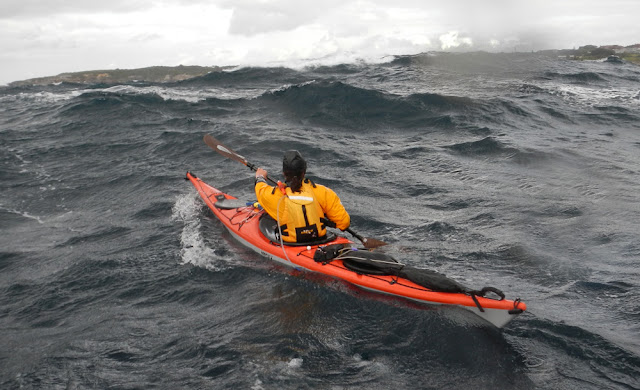 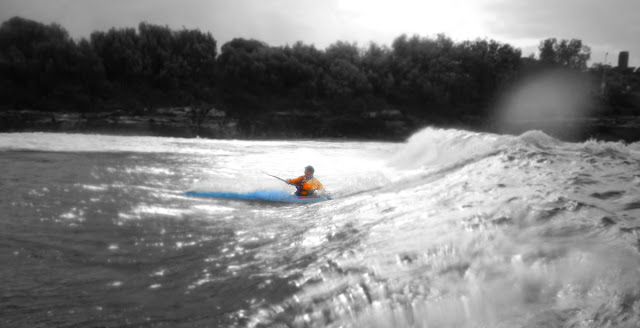 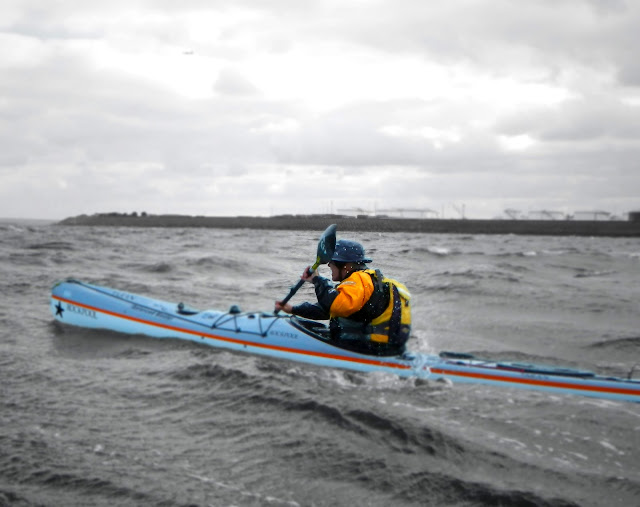 He came back all smiles, described it as FUN, in big letters.
Once the boats were packed we headed across to the Coast Golf Club for the NSWSKC AGM, which was blissfully brief, to the point, & offered more time for catching up with old mates than debating the hard issues of sea kayaking. Rob & I then presented a slide show of our North Reef Expedition, now a mournful memory of almost exactly a year's passing, and then Stephan presented a great pictorial of his 3 week trip in the wilds of Canada.
It's pleasing to see the renewed emphasis on social events in the sea kayak club, their meetings & weekends are great fun.
at July 23, 2012 4 comments: 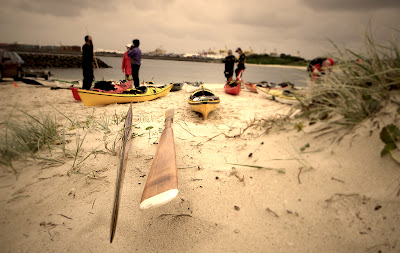 Rob & I will be down at Yarra Bay between midday & 4pm this coming Saturday, July 21, running an informal instruction & demo session as part of the NSWSKC AGM day.
If you'd like to come down some time during the course of the afternoon & try a boat please let us know in advance, so we are sure to have the boat you're after with us in the range.
at July 19, 2012 No comments: 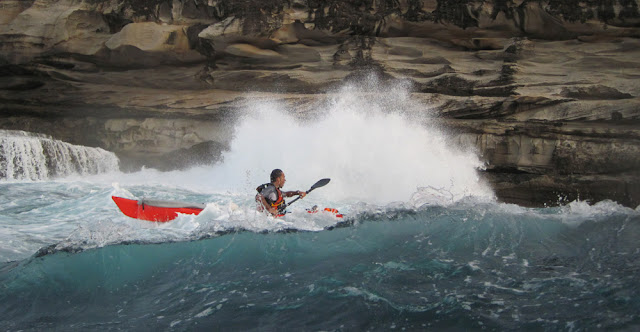 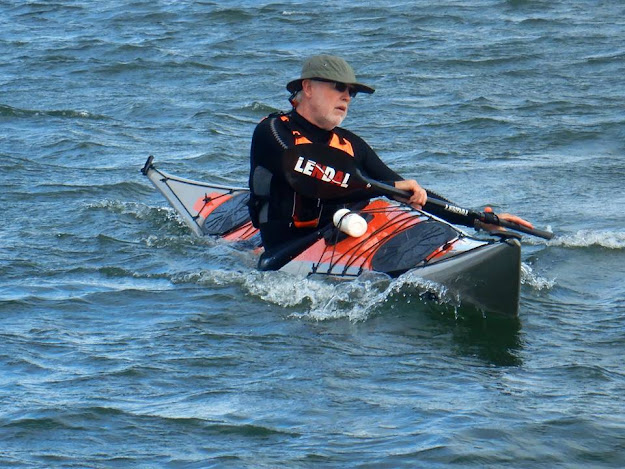 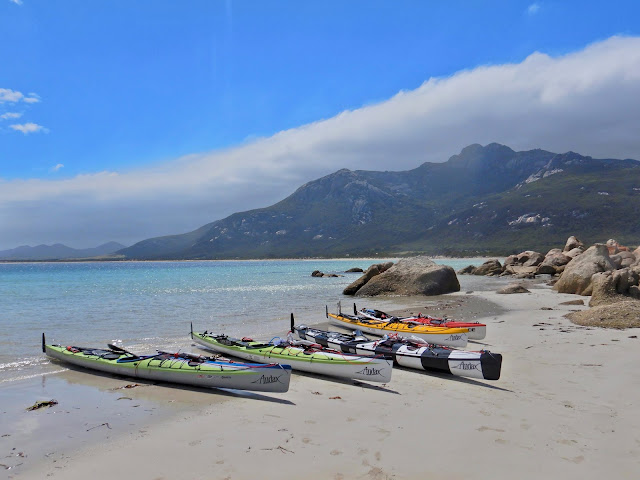 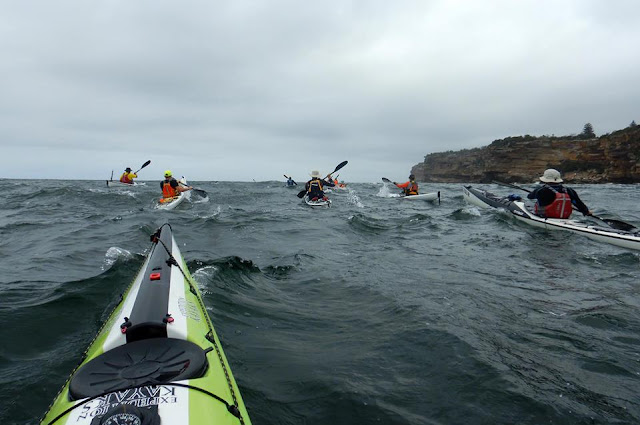 There you have it, a brief summary of our range & where they fit in relation to one another, and their design strengths.If you have any questions or queries please feel free to to give either or Rob or myself a bell, or drop us a line. We have a demo boat available in each & every one of the models mentioned above, & will take you out on the sea for a test paddle in live conditions.
at July 04, 2012 5 comments: