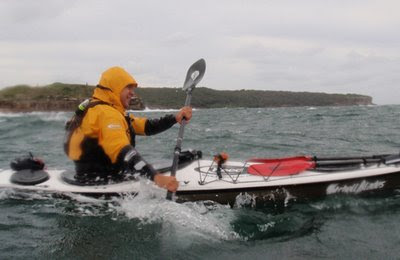 Doing it tough into the gale (photo Rob Mercer)
Sydney's recent wild weather has produced some excellent opportunities for an 'experiential' paddle, and on Friday morning Rob & I decided to have a bit of play in the forecast conditions & then indulge in a surf across Botany Bay. The forecast was for 33kn+ and the observations at the time we were out on the water showed gusts to 41kn, with 3-4m swell rising at times to 6m. 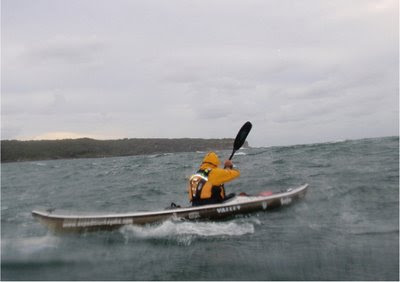 Observations are often used by sea kayakers as great fodder for the story in the bar afterwards, but the truth is most of them are measured an awful lot higer up a cliff than a kayaker's position, & conditions on the water are rarely as severe as the 'obs' suggest. Certainly, we didn't see any 6m waves, and the swell on our route was rarely above 3m. That said, it was a pretty demanding little session, with winds strong enough to blow your bow downwind as you crested a wave while we headed upwind, and a rip roaring following sea for our dash 9km across Botany Bay from about level with Henry Head back to the Airport. 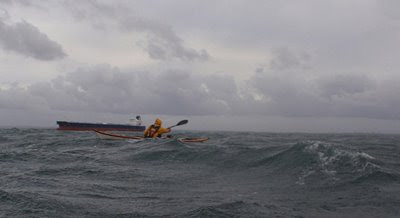 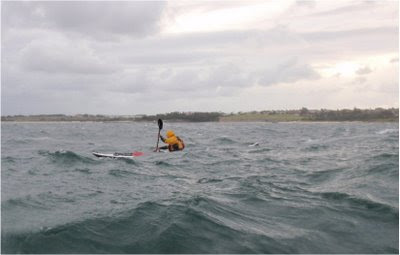 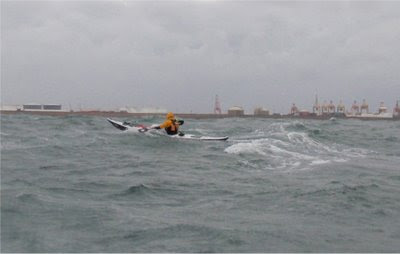 It's conditions like these that make you truly appreciate the design of your boat. I've been in plenty of kayaks over the years that would have been either a complete nightmare in this sort of stuff, or alternatively gotten bogged down in the following sea & give a very frustrating ride. Rob & I were both in our Aquanauts, which give a terrific sense of surety & control, especially when riding the sea & swell home. The great thing about Valley boats is the way they get better, as things on the water get worse....