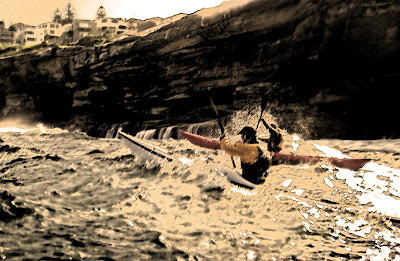 Andre & Chris at full throttle (pic Rob Mercer)
One paddling event I never miss is the annual Tuesday Nighter's Xmas paddle. Even though I barely clock up the miles to be credible, this hardy bunch of all-weather & all-conditions sea kayakers are most welcoming, even to a blow-in who only drops by for the glory nights.


How's this for an evening paddling:


Cast off from the picturesque Watson's Bay on the outer edge of Sydney Harbour, destined for Diamond Bay, about 7km around the corner of the cliff line, with a well set southerly wind blowing up to about 18knots. 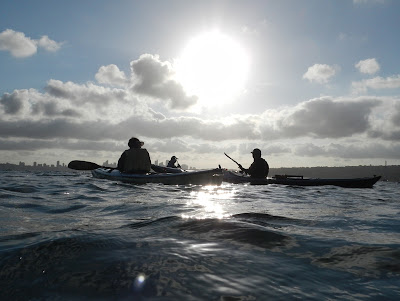 On the water, ready to go
Round the lighthouse at South Head & turn north into some engaging & confused rebound, firing back off the clifflines & offering runners going in the opposite direction to the sea. Punch upwind for an hour or so zig zagging around in the confused seas. 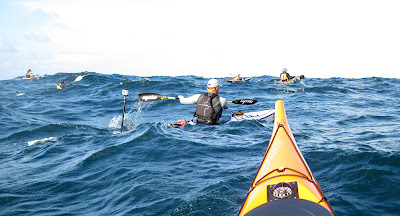 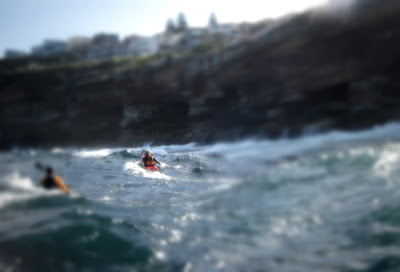 The Dover Heights cliff line (pic Rob Mercer)
On reaching Diamond Bay, a U shaped cliff face at Dover Heights, spend half an hour bouncing around in some fantastic rebound, practicing your strokes in the most demanding water of all to paddle. 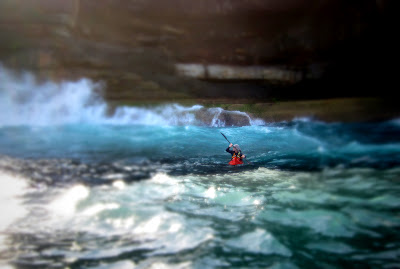 Chris in where Chris is most happy (pic Rob Mercer)
Anyone who wants to have a go, takes a run up close to where the waves are crashing against the sandstone. 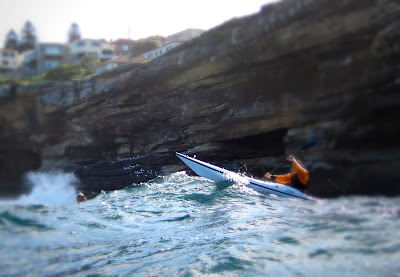 Andre launching his Hybrid skywards (pic Rob Mercer)
A 40 minute blast back downwind with the southerly wave pattern almost slow enough to hook into & ride, but with multidirectional waves making any decent run you might garner bouncy & focused.
Ease back into the harbour with the sun setting over the city, the protected waters inside the heads offering a glassy calm. 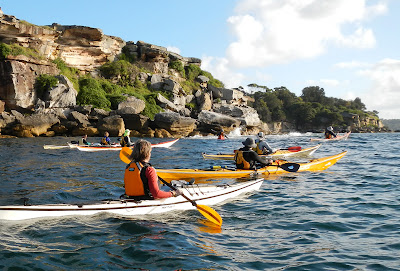 Back in the lee
Then, spend the best part of an hour a few metres off the beach with everyone trying out a few of Gordon Brown's on-deck acrobatics, practicing re-entries, standing up in their cockpits, generally fluffing around & laughing at one another's antics. 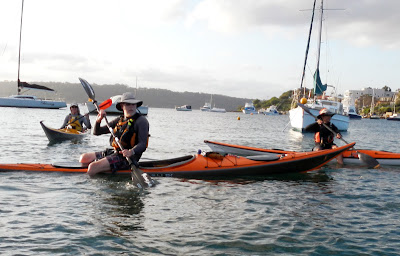 Matt & Rob on the deck 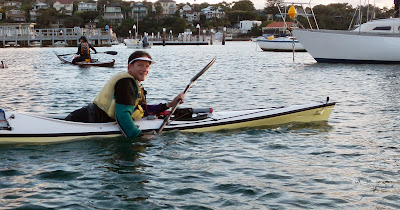 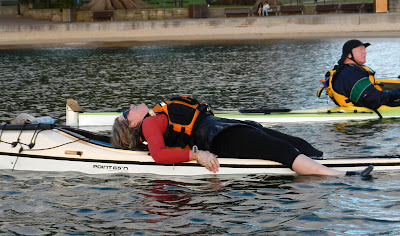 Anne demo's the backwards lay back 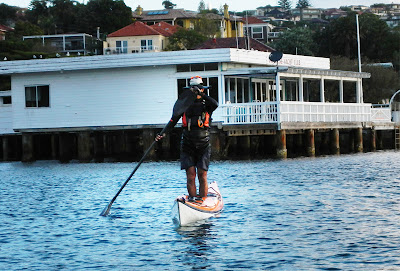 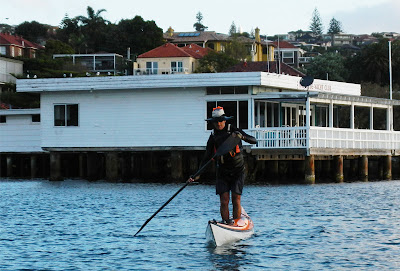 …then the elevated low brace 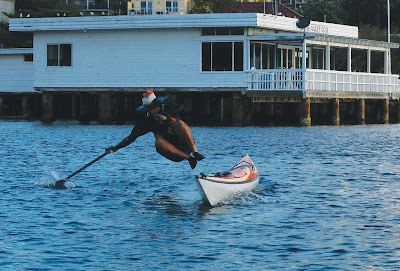 …..then the air brace…..
After packing away the boats & towelling off, enjoying fish & chips & a few cold beers at the Watto Bay pub, telling tall tales & spending some rare time with like-minded friends.
I couldn't imagine a better way to round off my paddling year. Variety? Today were racing, surfing ocean waves, playing & manoeuvring in big moving water that would bring a smile to face of any whitewater paddler, we were safe, with protocols for ensuring one another's safety in a challenging environment, we were flat water cruisers & then at the end we were just plain buffoons. Above all we were sea kayakers, because that's what this sport offers if you're prepared to have a go.
Thanks to Rob & his bunch of merry cohorts. 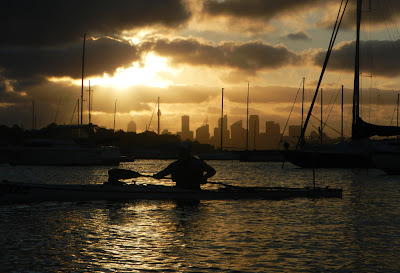